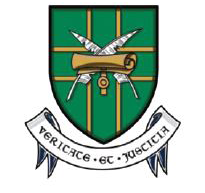 Eoin was appointed as a Notary Public by the Chief Justice of the Supreme Court of the Republic of Ireland on the 11th of May, 2010.   His appointment covers County Wexford and the surrounding counties of Waterford, Kilkenny, Carlow and Wicklow.  Eoin is commissioned for life.  He is a member of the Faculty of Notaries Public in Ireland.

What is a Notary Public?

A Notary Public is empowered by law to carry out the following services:

There is no set fee for Notarial services. The Notary will charge an appropriate professional fee that reflects the cost of the Notary’s services in terms of time, skill and responsibility, similar to other professional service providers.

The Notary will require sight of at least two of the following three forms of identity: